Furman DeSigns is the architectural division of gUs, inc.

Its origins began in 1995, when I decided to branch off on my own after a number of successful years working with other firms. I’d received my architectural license in Illinois in 1993, and felt that I was ready to start putting my mark (or in this case, my STAMP) on the world.

My journey to this point had been on a somewhat long and winding road. I began my career in Old Westbury, Long Island in 1981 at New York Institute of Technology. From the time I was very young, following “traditional” paths had never been one of my strengths. I did manage to attend school full-time for one year, but quickly decided that I was better suited to work full-time in the field while attending school part time. (I’m more of a kinesthetic learner).

I then took about 2 years off of school to try out different things. Long story short, I did get back on track, and finally received my degree in the Fall of 1989 (Bachelors of Science in Architectural Technology). I continued to work on the east coast, but one day decided it was time to try a new location and get away from the congestion of New York.  In 1991, I moved to the Chicago suburbs to “live in the shadows of the masters”. A year or so later, I found myself living in Rockford (which is about 90 miles west of Lake Michigan). It’s a city of 150,000 people – which is a good size for me (not too big, not too small).

I’ve worked on a variety of projects in my career – everything from builders’ homes thru custom vacation houses; K-12 schools thru college campuses; and pre-engineered buildings and pole barns thru hi-tech factories and warehouses. The project types that seem to suit me best, though, are commercial & retail projects. I found my passion for retail design in 1985 while working for a firm in New York. Since then, I’ve been involved in one capacity or another with more than 200 grocery store & retail projects of all sizes, including new stores & remodels for Pathmark; A&P; Waldbaums; Walgreens; Finast Foods; Shop Rite; Kmart; Whole Foods, and others.

In 1996, I connected with Dominick’s Finer Foods in the Chicagoland area (now owned by Safeway, Inc). I began with several open-store remodels, and quickly worked my way up to become one of their leading consultants. This gave me an opportunity to work on some of their more challenging projects, including a major remodel and expansion to a tired old shopping center in Western Springs, IL; a ground-up facility at Division & Sedgwick in Chicago (in the vicinity of Cabrini Green); and 3 urban core projects: The first at Madison & Halsted Streets; the second at Grand & Columbus, and the third at Chicago & Damen.

All 3 of these projects helped to shore up the redevelopment of their neighborhoods, and were built on underutilized properties. The first 2 are ground-floor spaces in high-rise buildings; the 3rd is a stand-alone building with customer parking on the roof. 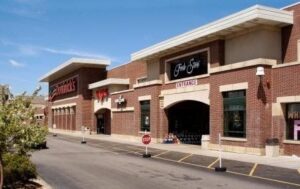 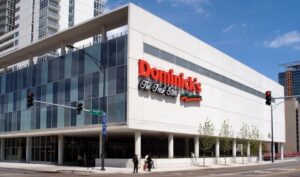 Our more recent projects include an interior remodel for Rock Valley College at Stewart Square in Rockford, IL; a multi-unit respite facility for veterans; and a retail development and new facity for Carz R Us in Machesney Park, IL.

Furman DeSigns is unique in that it can offer it’s clients more than just the standard architectural and engineering services. We’re probably the only architectural firm in history who can lay out a site plan for you, then go out and stripe your parking lot; install your pipe bollards and handicapped parking signs, and install your building & monument signs (site services are through our contracting division – the groundUP s.s.i.).

Someone recently asked me if my company is a site and facility maintenance company that does architecture, or if it’s an architectural firm that does signage and site maintenance? I think the answer is both. I’ll never truly get away from architecture – it took way too many years of hard work to become licensed – I don’t think that’s something I’ll let go of too easily. I do, however, see my company as one in transition. This transformation has been in the works for many years (as early as 2005), but it was the economic downturn of 2008 that gave it the nudge that it needed to move from the planning stage to implementation.

I’ve been in the field of architecture for more than 30 years. In that time, I’ve seen many highs and lows in this profession. Bad economic times are hard on this industry. This “Great Recession” was particularly harsh. The unemployment rate in the field was well over 40%, and most people who were employed in architectural and engineering firms had to either take deep pay cuts or are work less than full-time (many on split shifts) just to keep some semblance of a paycheck and their insurance benefits. These sort of things happen from time to time in this field.

If you have an architectural project in mind, please contact us – we’d love to talk with you about it. If it’s something that we can’t help you with, we have a network of good firms and independent architects that we’d be glad to recommend.

Thank you for visiting our site.

We truly appreciate your business!

a subsidiary of gUs, inc.